It wasn't very difficult to do the ties, after all.

I planned an (obviously) very open weave, and intended to add some black (still paper yarn) figures here and there.
The plain weave was ok (sort of; didn't dare try opening the sheds "too much"). So I added a sample figure, in black, in a 2/2 twill. 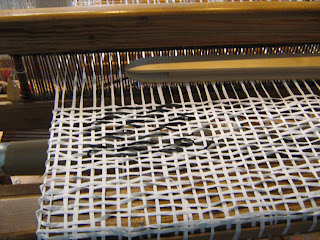 Ok, maybe it would look better later. Did something else for a couple of hours.
It did not look any better.

So: plan B: add some threads here and there, to get a "spaced-and-crammed" variant. As I wasn't very keen on doing all the tying again, I added 4 ends at each selvage, and some in the middle.
Wove a hem of sorts. 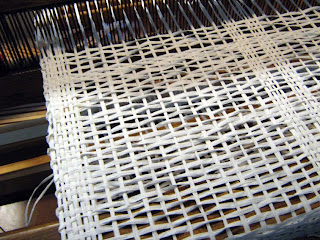 My thoughts were:
I have heard, and can easily believe, that if paper yarn is woven wet (moist, I guess), the weft will stick to the warp by itself.
So I chose the most open wooden reed I had (which, incidentally, is the most open reed I have, regardless of meterial - about 20 dents/10 cm) - it was the most open reed, and it would withstand moisture. A typical win-win, I thought.
Did not bother to count/inspect the whole reed, which means I did not see the dents were more widely spaced on the right side than on the left... (I suppose it is all right for tightly woven rag rugs)

Maybe I will think of a plan C, tomorrow. Or maybe it is just "charming"?

It is an experiment. There is an exhibition at the paper mill in a couple of weeks - theme being (of course) "paper".

So I got this paper yarn - flat and not very strong. Could perhaps make a room divider, or something? 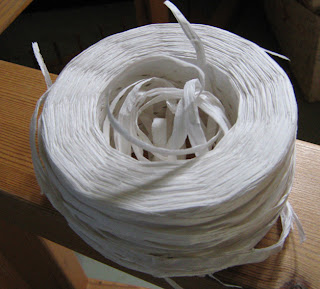 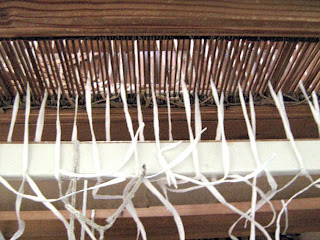 I left the problem for tomorrow... I think I may run into tension problems.
Unless, of course, I can find out how to make better knots. 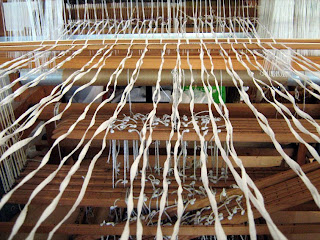 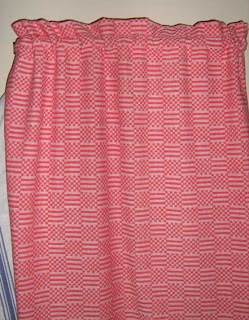 Looking closer: not your most common dräll pattern: 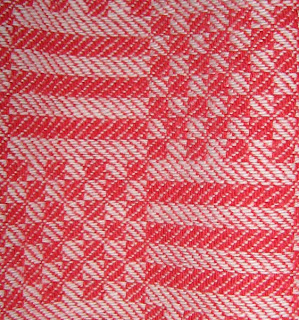 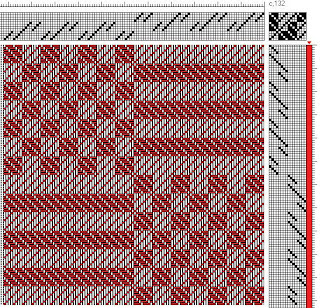 But... wouldn't this be better? Of course, this takes 16 shafts: 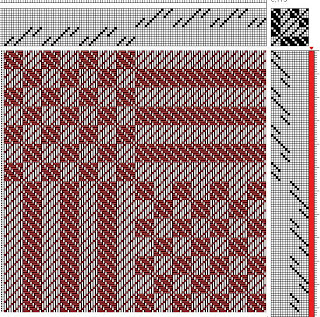 Yes, I think so: more repeats: 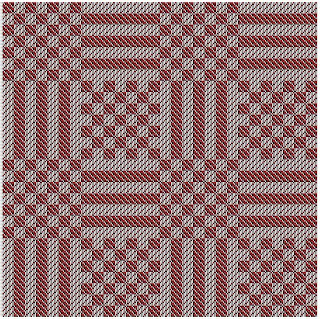 Maybe one day... or there could be yet more variations?

Posted by Kerstin på Spinnhuset at 20:42 No comments: 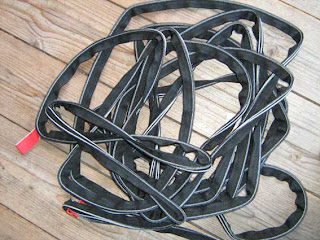 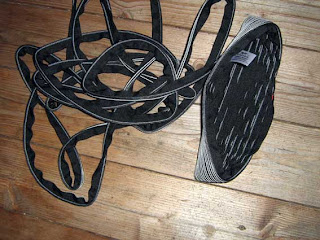 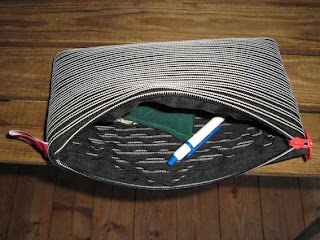 I have had some more fun, too: 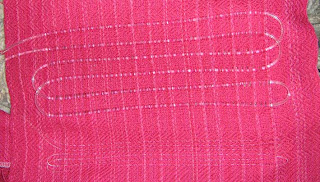 Where the fun is? Here: 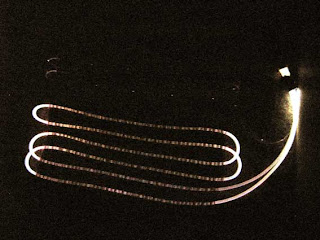 Unfortunately, the fibre is a bit too thick to work as weft - or, I should say, to work in a horizontal clothing application. But I have a few meters more!

Posted by Kerstin på Spinnhuset at 16:56 No comments: