How can I live without floating selvedges?

was a question on a forum last week.

Easily, is the fastest answer. I had been weaving for 20+ years before I even heard about such animals... (and I confess: have not tried FS, not even once, since I heard about them. And, since it is confession time: once in a while I have been known to make an extra turn around the outer end - but I had done that for the 20+ years of weaving before I heard about FS, so I don't know if that counts)

The thinking gets easier with written-out structure (binding) diagrams.

Like this: let us assume a 2/2 twill, thus 4 shafts. There are four possible permutations for the tie-up(s). Likewise, there are two possible ways (directions) for threading (/// or \\\). For treadlings there are, again, four possibilities: /// and \\\, but also if we treadle from the top down ("American way") or from the bottom up ("Swedish way").

Here goes: first diagram. The colours in the wefts are put there to distinguish between right-to-left and left-to-right (in reality they are the same colour, as this is a single-shuttle weave) 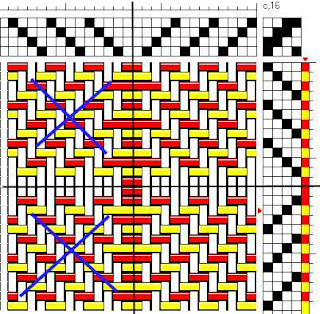 Diagram 2 - the tie-up is shifted one step up.
As I always want to start from the right, I crossed out the two right-hand quadrants because the outer ends will be un-caught. 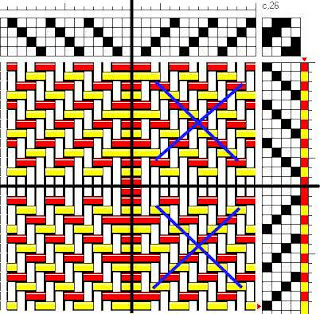 Diagram 3 - the tie-up shifted yet one step up.
As I always want to start from the right... the two left-hand quadrants are crossed out. 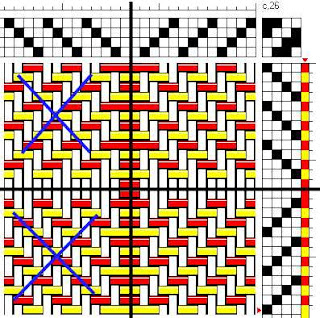 Diagram 4 - the last permutation in the tie-up.
As I always (etc)... the two right-hand quadrants are crossed out. 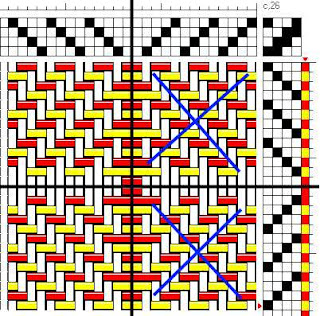 Of course, all of the crossed-out quadrants can be fixed by either:
- starting the shuttling from left to right
- OR (still shuttling my fave direction) by adding or subtracting one end each side.


OK, I hear you: BUT what about a more complicated binding (structure)?

This is a random structure that I found on handweaving.net: 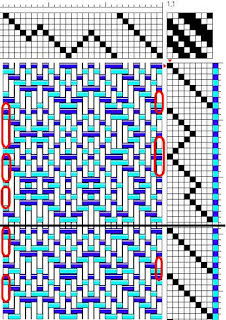 As I always prefer to start from the right, AND (being Swedish) read the treadling from the bottom up: here the turquoise picks go from right to left.
With this threading, tie-up and treadlings there will be some un-caught outer ends. If I haven't made a mistake (or two...) the longest selvedge float will be seven picks.

Is seven picks too much?

Well - for a, say, rug (or other coarse weave): yes, definitely.
But for something woven at some 30-40-50 ends/picks per inch? Being metric, I don't much care for "inching", but a free end at the selvedge being 1/2 to 3/4 of a centimetre is nothing much to me.
(It, of course, also depends on the end use of the cloth: if it is to be cut and sewn, the selvedges do not matter at all (coarse cloth or not).)

So, adding to the three "answers" above:
1. see what happens. IF an end doesn't get caught, ignore it.
2. IF an end doesn't get caught, and it annoys me (probably not, but anyway) - try starting the weft from the other side.
3. think about them before weaving (see above)
4. what is the fabric meant to be used for? IF for cutting and sewing, then selvedges usually are of no importance
5. what are the actual lengths of the "free" selvedge threads? Is it likely to catch?
6. (if I am hand-throwing: maybe catch the selvedge "manually" now and again - at the "points" of the top treadling)

This, my friends, is how I live without floating selvedges!

(Re point treadlings, see this post , which mainly is about making a "clean cut" when changing treadling direction.)