Looking at both sides

After the 2/2 twill adventure, I started to ponder even weaves.

What is an even weave?
To me it means that there are as many warps as there are wefts showing on top - very easy if we are talking straight threadings/treadlings (as in 2/2 twill, for example...) It seems like Emery (The primary structures of fabrics) is of the same opinion.
(Note: I am not thinking of sett/beat here; I'm not after a "balanced" weave, which for me means there are the same number of ends and picks.)

But what happens if we are using other threadings?

A simple point in both directions, can that really be "even"? 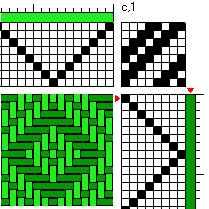 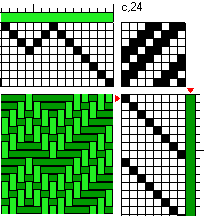 Or a slightly fancier point - this one is even, with 56 ups each. 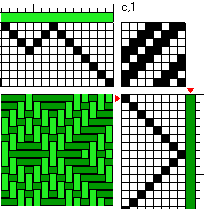 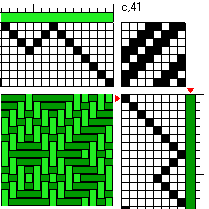 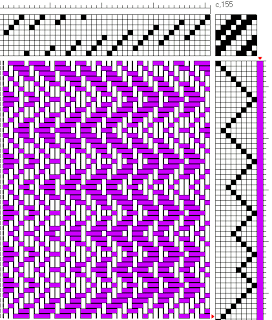 This one comes out as even, too - again if counted over the whole repeat. 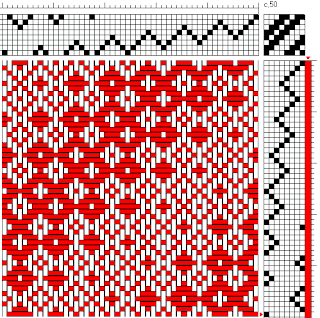 So: how much can the ups and downs differ - can the simple diamond above be called "even"?
Or, perhaps: only straight weaves can be called "even"? (After all, many of the individual sheds above are not even)

I can't make up my mind - opinions welcome!
Posted by Kerstin på Spinnhuset at 19:19 1 comment:

I wanted to celebrate the day by making a drawdown showing such a sign, but it turns out that 16 shafts are not enough to make a nice pi.

First: a straight 2/2 twill on a 4-shaft broken threading: 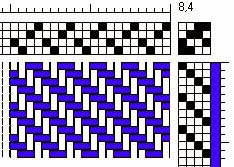 Next, an 8-shaft, 12-treadle variant. (Why 12 treadles? - because the draft started out as a weft-emphasis plaited twill, which needed 12 treadles) 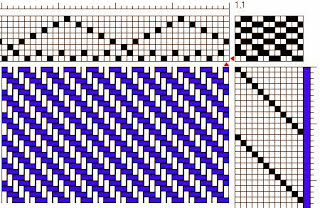 However, that many treadles are not needed - in fact, you only need 4. Any 4: 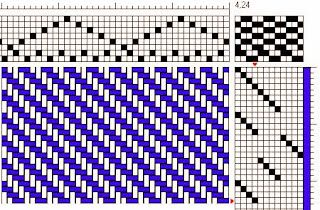 A 10-shaft variant. Could this be called a "broken point threading"? As before, only 4 treadles are needed. 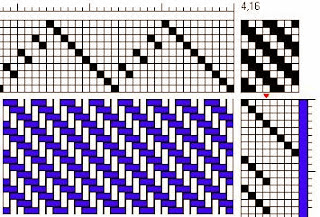 Onwards we go... 16 shafts, with a couple of threadings I don't know why one would like to use: 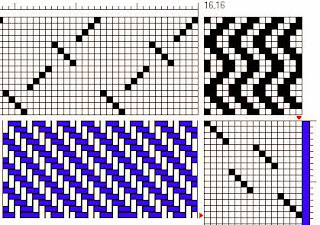 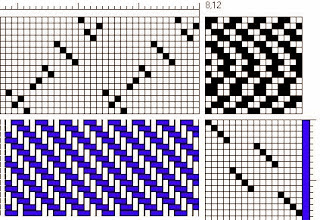 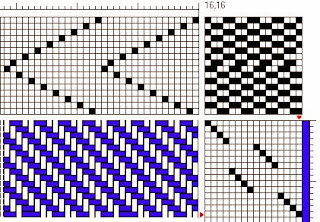 As I actually have 20 treadles on my trusty CM - here is one that uses all of them: 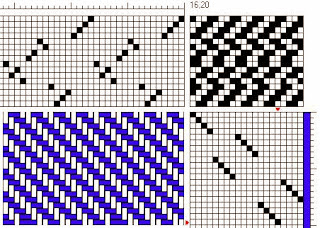 So why the label "cultural differences"? Because it shows why some of us dumb Swedes do not understad the term "twill threading" so often used on the international forums... (I have writtten about it before - here is one example on this blog, here is an article on my website.)