How to fly carpets

I have been asked how the flying carpets (now taken down) were mounted to fly.

I had a theory: 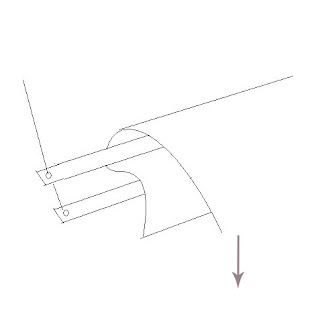 The idea was: route the rug as shown, between two rigid sticks. Put a "string" with a stopping knot under the lower stick, through the hole in the upper, and down the other end.
Hopefully the weight of the rug would press the upper stick down on to the lower stick, and lock the rug in place.

It did not work. So... plan B: put a screw through the holes, and a wingnut under the lower stick. (The rug is still routed the same way.) 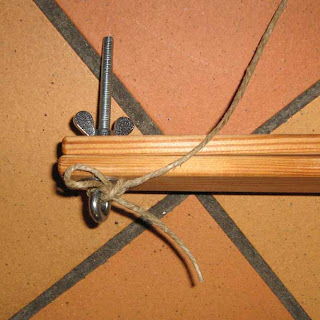 This worked perfectly!
For "sticks" we used shaft bars (as they already have convenient holes...), and put a big washer on each "outside" to protect the wood from marks.
The only annoyance was that the hardware store did not have shorter "eyed" screws...

(I still think the theory could work with, say, shawls)
Posted by Kerstin på Spinnhuset at 18:35