Playing with the fan reed, part I

I bought my fan reed after having seen some very interesting upholstery fabric. 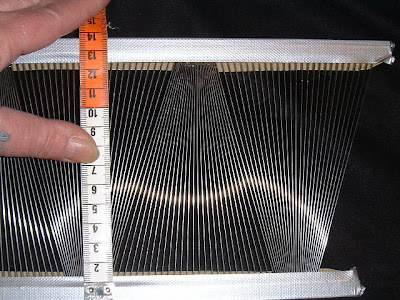 To get "waves" from the fan reed you have to change the height of the reed in certain intervals, forcing the warp to change postion. As I have a traditional Swedish countermarche loom with a traditional hanging beater, that was not very difficult to achieve. The swords already had a number of holes with which to adjust the height of the beater. I drilled a few more holes, with a hazy idea that I'd be able to "fine tune" the changes. 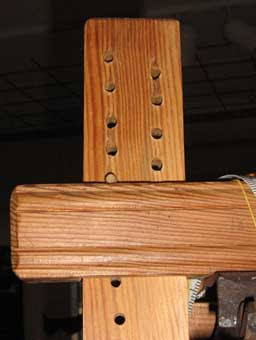 Below are pictures of the reed in its highest and lowest positions. 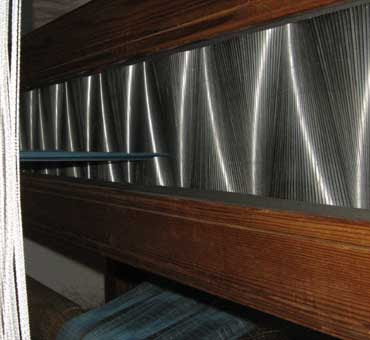 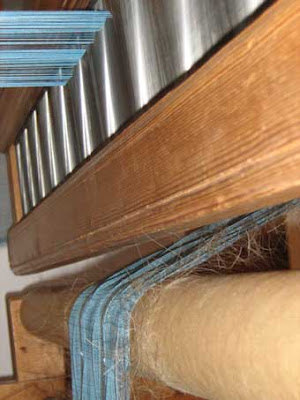 After some not very successful samples I decided to try a combination of cotton and horsehair, making a couple of sun screens.
First, I had the idea that it would be "interesting" if I shifted the reed in some irregular fashion, making irregular waves, so to speak. 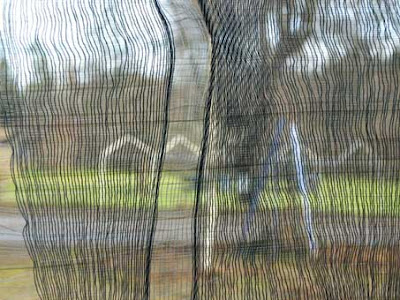 Apart from not liking the irregularity very much, once the piece was off the loom, I also found I had beat it very loosely.

So, for the next piece, I a) counted the picks between each moving of the reed, and b) concentrated of the beat. I found that the fan reed needs a lot harder beat than what feels "natural" - not very strange, if you think about it: the sett is an average of 10 ends per cm, but in reality it varies from more than double to less than half. And of course you have to beat according to "more than double".

I also had to find some system to remember if the reed was on its way up or down. It was not as easy to see as I had thought... And it soon became apparent that the "sweet spot" was very short. I ended up making 20 picks, change the reed position AND moving the warp forward 2 "clicks", 20 more picks AND 2 clicks and so on.
AND concentrating on the beat, all the time. 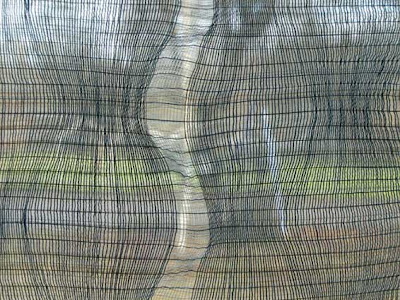 The two sunscreens side by side - I sure know which one I like!
- oh, and the clear stripes are fishing line. 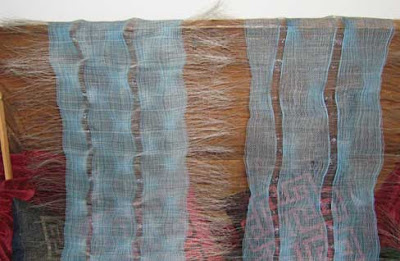 Posted by Kerstin på Spinnhuset at 18:12

Yes, I can see that the beat would feel very different. Still - very interesting!