As shawls are too narrow to use the fly-shuttle on, I thought I would try putting two warps side-by-side. Maybe it would prove to be as efficient as doing them one-after-the-other?

Not being sure if the two-warp idea was a good one, I only warped for 3 shawls per warp. As they are to be a "winter" version of these, which depend on shrinkage, this means about 9 meters of warp.

A bad photo, but an overview of the arrangement: 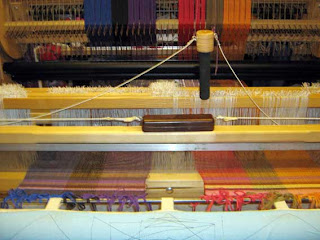 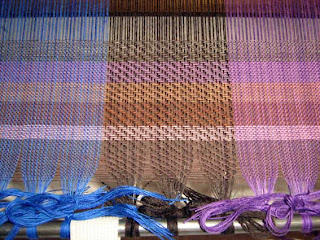 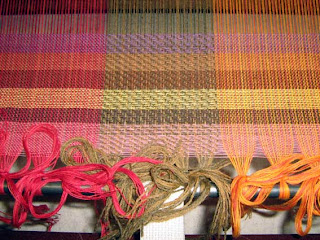 One plus with the two-warp arrangement is that I could see all combinations at the same time - some wefts can work in both warps. Weaving the samples was ok, I did not feel very slowed down by the constant shuttle-changing. (Two picks in right warp, two in the left) 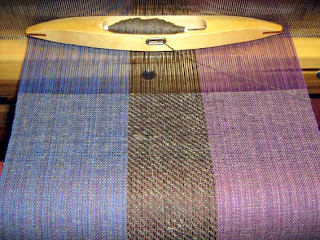 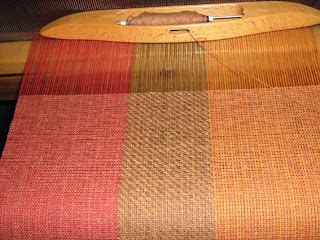 - the colours look all wrong, it is so dark these days that I have to use all possible lighting, and use the flash... anyway, you might be able to guess that one set will be called "lighten up the winter dark" and the other something like "match the weather" :-)
Posted by Kerstin på Spinnhuset at 17:57