First of the "leaves"

I was thinking raindrops, but changed my mind and settled for leaf shapes.

I don't know if it qualifies as a "networked" design, so perhaps I should instead describe it as an "irregular dräll"? 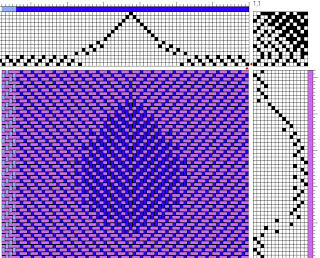 For the first one I chose a green (with some blue in it) weft, which I thought would have enough contrast - but...: 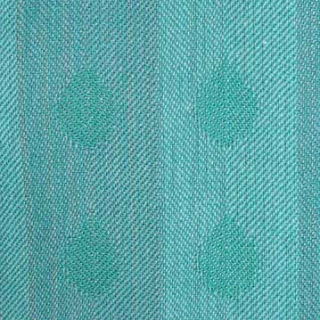 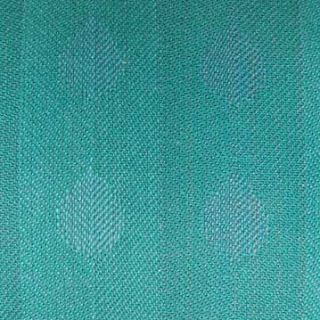 The result can be called "subtle", I suppose. It is hopeless to try to photograph things in (what feels to be) total darkness of November, but the leaf-shapes show up better on the striped side than on the green - interesting, or perhaps strange? After all, the colours are exactly the same om both sides...

Even though I was confident about sett (10 ends per cm, cotton 16/2), I decided to cut off and finish the first before I wove on.
Then, of course, I wasn't patient enough to wait for the washing machine - .


When done and pressed it had a nice hand, so that was ok - especially as I had woven almost half of the next by then..
Blue weft: 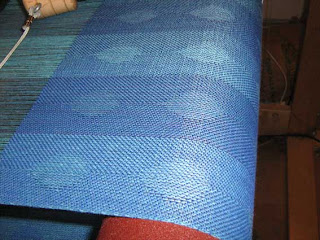 ...perhaps I should use the blindning orange weft for the third...
Posted by Kerstin på Spinnhuset at 10:03

I like this effect - very subtle - and I don't think the orange weft would be an improvement.

Third is already started - light purple. Pics to follow, maybe tomorrow... *if* I don't get snowed in.