I have accomplished the impossible!

And I have done it several times... no doubt because I didn’t know it was impossible.

The other day, when surfing the 'net, I came onto a site that states that it is impossible to weave lace (that is, to have the lace structure show after wet finishing) with wool, unless the wool is either superwash or "non-fulling" for other reasons – worsted-spun with lots of spinning twist, for instance. 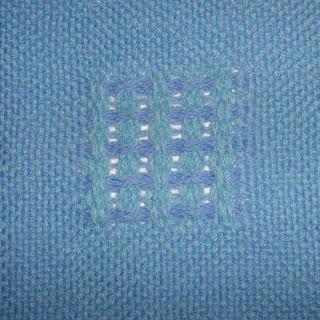 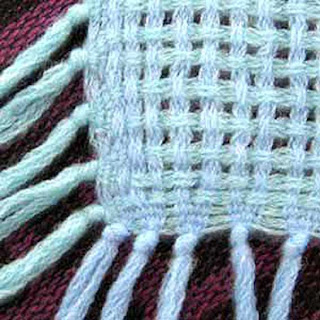 Below is a potholder made from the "ultimate vadmal" woven of this same yarn (albeit green). The cloth was first treated in a hammer mill, then abused in the washing machine until it would not shrink more. (This took 10 cycles in cold water – read more here – the statistics are towards the end or the article).
(Maybe I should add: the scarves above were not treated the same, they have got just an ordinary wet finishing in the machine set at the "wool" program) 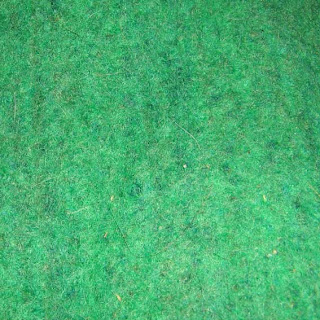 The potholder has been in constant use for the last 8-or-so years, has been washed many times (but not recently, as you can see...) – and the structure had no floats longer thas 3. It is actually woven of two different greens, as in the draft. 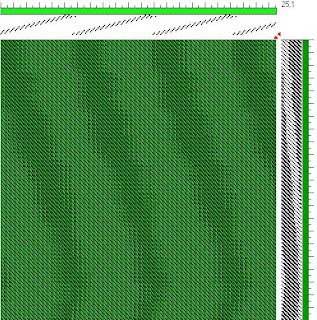 Conclusion: what you don’t know, you don’t have to worry about!

(My second warp ever was half-bleached linen 16/1, for overshot with handspun linen for the pattern weft. As nobody had told me it is "impossible" to use linen singles for warp, that, too, worked. And has worked again.)

Posted by Kerstin på Spinnhuset at 19:36

Sometimes ignorance *is* bliss! :D I, too, have done 'impossible' things that worked. ;)

And Laura, Ignorance can be bliss, but so can be pigheaded-ness. I was once told by the technician that I couldn't weave elastic and cotton in seperate blocks on the same warp and he was completely wrong. Looking back on it, there's no logical reason why it wouldn't work.

Also Kerstin, one of these days I'm going to question you thouroughly about Vadmal. I have a notion to undergo a similar process in recreating Hodden for the reenactors, it would be very interesting