Then we have the weave structures (or "bindings" as Burnham calls them, more in accordance with the Swedish usage). For instance, I don't understand what a "double weave tie-up" means - especially when it means a "universal" tieup, one that would produce two layers of plain weave, if (and only if) the threading was done to an odd-even principle. The idea of using "double weave tie-up" with a complex threading, getting a cloth with very few areas of double layers - and calling the result "double weave"... I just don't get it. If it has two layers, it is a double weave. If it has not, then it is not, right?

I once wove this 2-block diamond twill to see how such a pattern would react to "vadmalizing" - would the pattern still be visible, or would patterning the cloth to be fulled be meaningless? (left side loom-state, right side after "stamping") 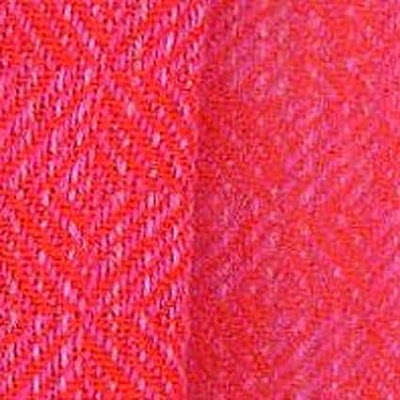 I wanted the threading to be as easy as possible, and the treadling, too. The draft became: 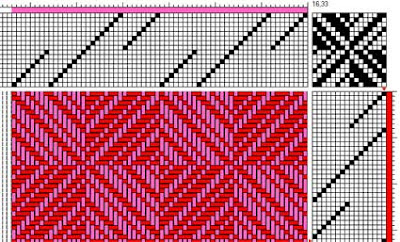 Personally, I don't like "walking the treadles". However - if I had wanted to, the draft would have looked like this: 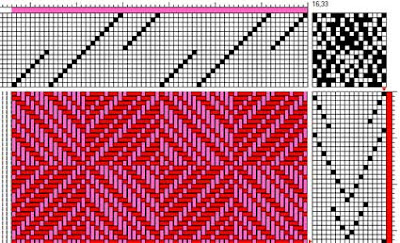 Had the yarn been very hairy, or the sett extremely close, I might have changed the threading: 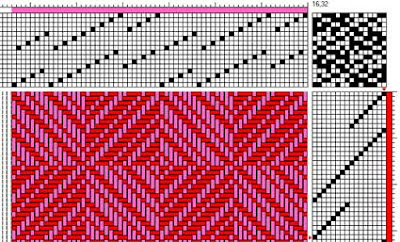 More complicated to thread, but (according to some books, at least!) the spreading of the shafts to be lifted at the same time would help the forming of the shed.

Just for fun, I combined the above possibilities, to see what happened...
The two threadings, the two treadlings,and the two re-arranged tie-ups: 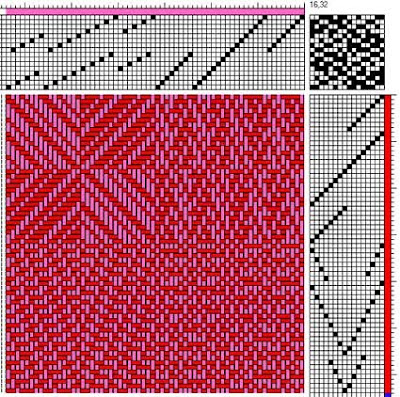 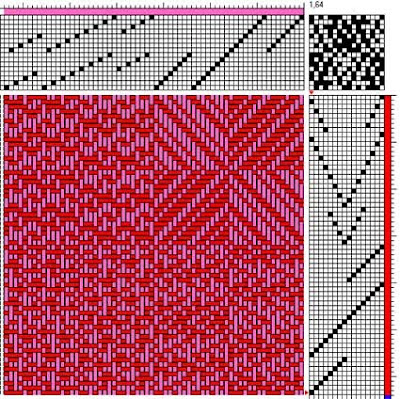 And, whatever they are, 3 out of 4 combinations can't be called 2-block diamond twill...
Posted by Kerstin på Spinnhuset at 11:42