The view from my hotel room: 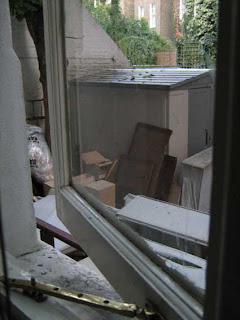 The hotel shall remain nameless, but the price was right...

This time I ventured into (by me) unchartered territory, which meant I had to occasionally consult the map. So... on which (obviously big) road was I? All the crossing (small and narrow) roads had signs - but the big did not. It appears that thoroughfares generally are signed at both ends, but not in the middle. Quite confusing, if one comes up from the underground, in the middle of the (long) road.
Common sights: 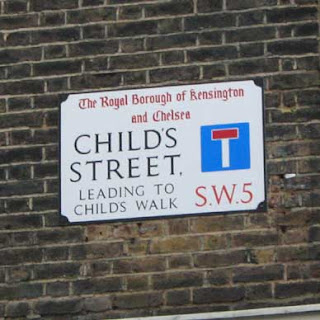 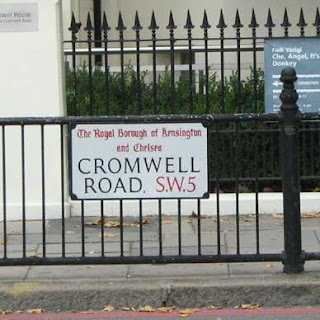 Also, there are often no numbers on the houses. Thus, I was looking for the Textile and Fashion museum. I walked, and walked, and walked... until I gave up and found a place to ask (it was Sunday). It turned out that I was about 100 numbers past. I turned around, and suddenly I was at #60 (I wanted 83). Turned again. I finally found a small(ish) door, with a small(ish) print (maybe all of 1" high) saying Textile and fashion museum... closed on Sundays (and Mondays).

Well, the weather was nice, so I went to Tate modern instead. The spoor of the (in)famous crack can still be seen: 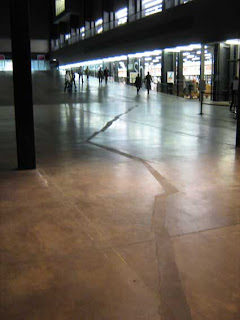 (and to continue the tradition - here is a small water spout, Tate model:) 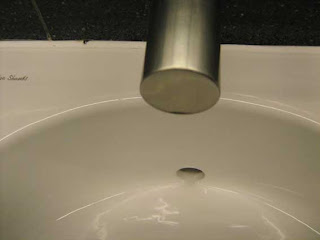 Later that afternoon - a sight to be seen only in London? 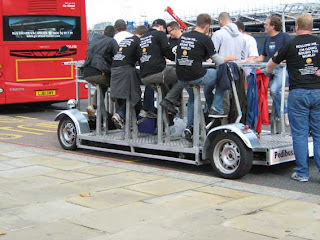 As it is such a good idea, they can have a link, too: pedibus.
Posted by Kerstin på Spinnhuset at 11:15