The woes of getting old: rant alert

The other day we went to see a knitting exhibition at Lilla Björka. (Should you be in the vicinity, it is worth a visit just to see the house and it's view. They put on exhibitions of very varying quality - IMO, of course ;- - but... )

When I saw pictures from the Auerbach exhibition from Malmö konsthall (there are no pictures left on their site) I found them interesting, even though I could see where they came from - but the sheer volume, and the fact that exhibition attendants also wore them, made me want to see them.

However. With 3 (maybe 4) sweaters, which had patterns mostly from Hönsestrik (the book) - . 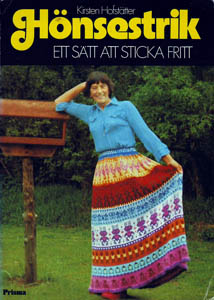 When the book first came out (in Swedish 1975), it was something new. It was also meant for inspiration, even if there were many many patterns chartered. (1975 - folks, that is nearly 40 years ago. Where are the modern rebels?)

Anyway, I suppose the "sentences" is what make Auerbach's sweaters different: 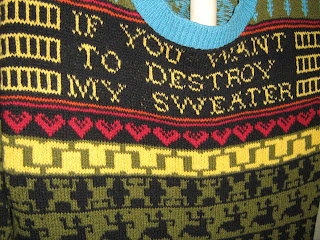 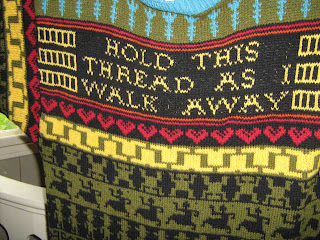 There were some "guerilla knits" too - : 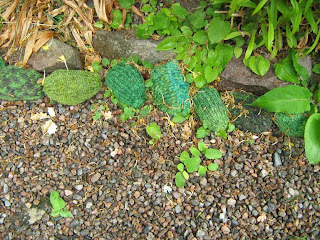 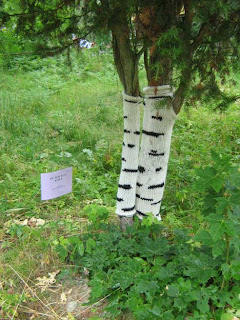 (did you know that nowadays there are actual classes in guerilla knitting? Again, where ARE the rebels?)

As some of our best entertaines sang (that must have been more than 40 years ago, come to think of it), when you are past 30 the only thing left to you is to sit in the park, feeding the ducks* - so we did... 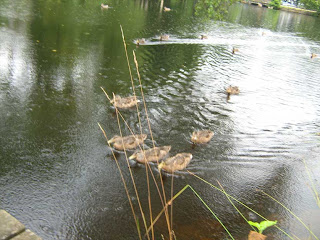 Fortunately, this place also had a water spout of sorts. 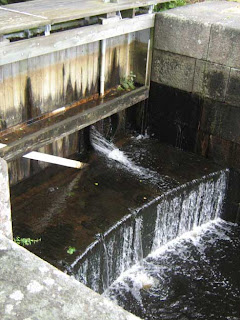 
Posted by Kerstin på Spinnhuset at 12:52