The BAG bag has both size and functionality to carry several books and a lunch. These are smaller - but, if they were evening bags, for instance, they would be too big. (And they would have been made in a more glamorous material.)

So - are they pouches, perhaps? The terahedron one has a base of about 20 cm, the other one is about 25 cm long. 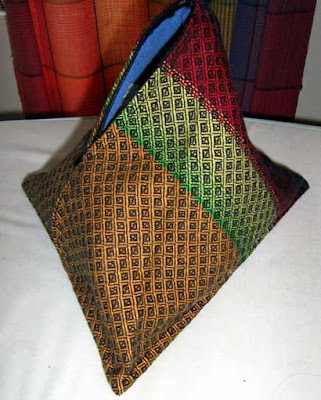 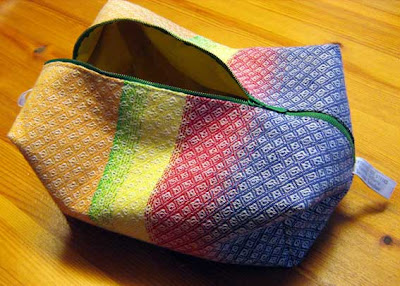 They are made of handwoven scraps, lined with "cabbage" from old commissions. The zips are previously used.

The fabric is from one of the first warps I wove on the AVL. I wove several short warps to get to know how to do the sectional warping, how to handle the fly shuttle, how to design for a dobby loom. And, last but not least, how to convert from metrics to yards... which is why there was not enough fabric for all of the chairs: 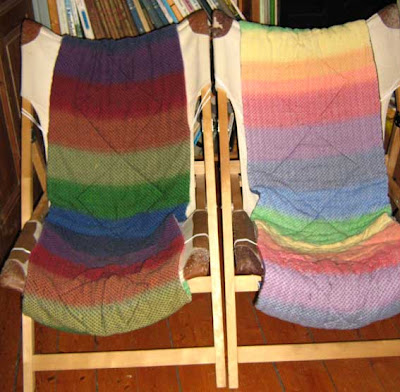 Half of the warp is black, half white. The weft is in rainbow colours, in rainbow progression. I did not take paricular care to make the stripes to the same width. I did take care to match the stripes at the seam, however :-).
Posted by Kerstin på Spinnhuset at 11:56

The terahedron looks great. You could always stuff it for a 'pillow'? Or carry unusually shaped things?

When I was a kid, we used to get milk in containers shaped like this - should have had a bag like that, then?