Yesterday I wrote that my mangle is "a biggish affair". I knew I was wrong, but everything is relative, yes? (Mine barely fits into it's "shed", and feels big enough when you are standing beside it...
Today I managed to find some pictures and the history of the biggest mangle I have ever seen.

(Scroll down a little to find the pictures.)
The description is in Swedish. I don't know how much google translate would "mangle" it, so here are a few of the key facts, translated by me:

(1) in another text I have found 30-40 metres for the towelling, but that is impressive enough...
(2) as part of the wet finishing. Measuring was done after mangling, and the weavers were paid based on the measured length (from other sources)


From our mangling today, some before-and-after pictures: 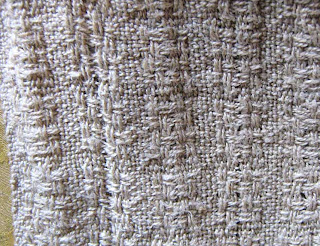 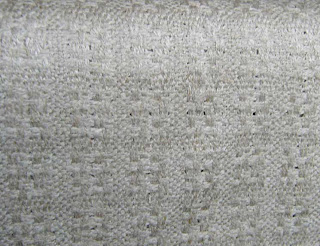 Of course, what with the changing light and other circumstances, the pictures are not quite to the same scale and... but, hopefully, you will notice the difference. 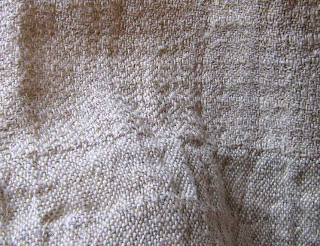 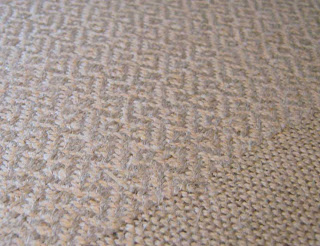 What is nice with white-on-white (or, in this case natural-on-natural) is the subtlety of the resulting pattern. Seen from a slightly different angle: 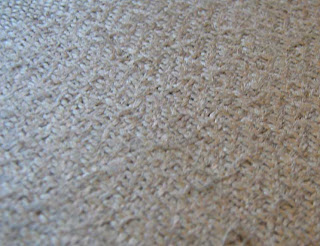 * the rollers of my mangle(s) are beech. Pictures of the small table mangle here.

Posted by Kerstin på Spinnhuset at 19:07